How does it work?

There are over 1 billion toothbrushes discarded in the US every year. Creating thousands of
tons of plastic in landfill, oceans, water ways and throughout our environment for generations
to come.
Even if you are using bamboo toothbrushes, when they are discarded, the bamboo breaks down, but the nylon ( plastic ) bristles do not. This will continue to pollute the environment! It has been very hard to be low waste and brush your teeth effectively, until now! 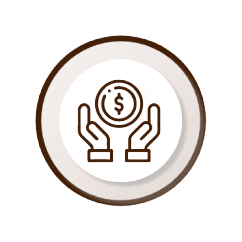 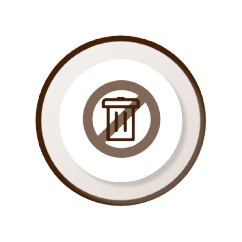 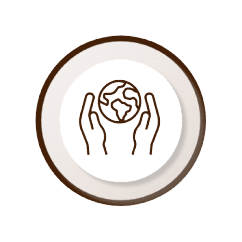 The bands each have a shape to match a brush type. Round, oval, diamond or rectangle. The band comes over the handle, and around the bristles. The band can be left over the bristles for 30 minutes, or the brush can be dropped in a cup of boiling water for about 30 seconds. The hot water softens the bristles.

It turns out that toothbrush bristles like to return to their original shape when in hot water, and with the extra help of Extra Brush Life bands, it’s really quite incredible how well a brush can be restored.

Once restored, a brush can be reused just as before and once it starts to age again, it can be restored again. We haven’t yet found a brush that couldn’t be restored to better than it was … yet. 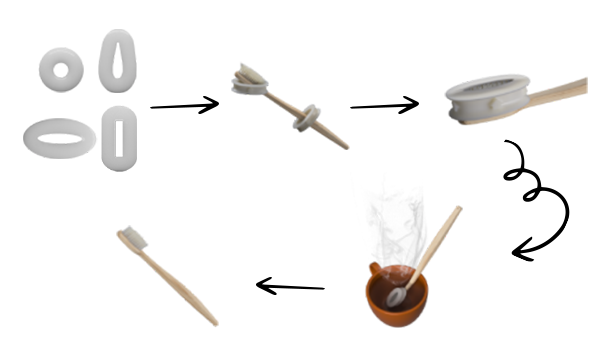 The idea for extra brush life bands came about from necessity.
Glenn, the inventor, was tired of replacing toothbrushes that were fine except for the bristles.

He also had two young kids who couldn’t help but bite on a new brush, which aged them very fast.

Glenn was concerned for the environment, and the waste this was creating. He is also a bit of a cheap arse, and hates waste for that reason too.

Tired of replacing toothbrushes that were fine except for their bristles, Glenn got to work to find out ways that might restore toothbrush bristles to their original shape.

First he tried rubber bands, but they squished the brush, were hard to put on and popped off.

Wire kind of stayed on but rusted and was a hassle to get around the bristles.

Dental putty was too hard to shape around the bristles.

Plaster didn’t work at all.

Softening bristles in boiling oil made a nasty mess in the saucepan.

Just heating in boiling water helped a bit, but some brushes didn’t work much at all.

Shaped cones or caps over the bristles kept grabbing the odd bristle and bending it the wrong way like a mean spirited wrestler.

Eventually silicon rubber seemed to be able to be cut to a reasonable shape just slightly smaller than the brush head, and squeeze them back to a better state.

Since silicone can be moulded, Glenn got himself a 3D printer and set about making mould after mould and band after band from that.

Choose Your Brush Band to suit your Brush.

Our extensive research has shown there are 3 main brush shapes
as well as round for Electric brushes.

If you don’t know your brush shape, run to the bathroom grab your brush and run back. That way you will be able to choose the right brush band and will have done a little bit of exercise. Good for you!

From the top of your brush, look at the shape. Match it to a shape below, and see the correct brush band. 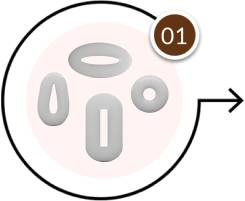 “Choose a Brush Band that fits your brush. You’ll need a normal toothbrush with plastic bristles. If
you aren’t sure, practise on an old brush, which is what you’ll want to restore anyway.” 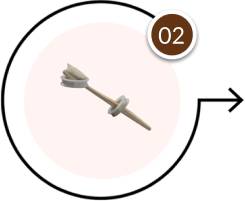 The band comes over the handle,
then around the bristles. 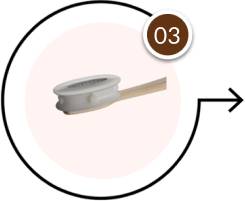 The band can be left over the bristles for 30 minutes without hot water, or the brush can be dropped in a cup of boiling water for about 30 seconds. The hot water softens the bristles, allowing the band to reshape them. 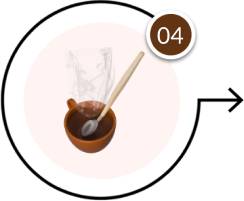 It turns out that toothbrush bristles like to return to their original shape when in hot water, and with the extra help of Extra Brush Life bands, it’s really quite incredible how well a brush can be restored. 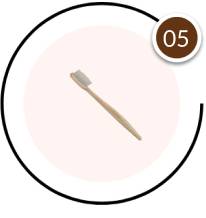 Once restored, a brush can be reused just as before and once it starts to age again, it can be restored again. We haven’t yet found a brush that couldn’t be restored to better than it was … yet.

Who would want to restore their toothbrushes?

Glenn was amazed at the different opinions of what should be done with old brushes. Many people couldn’t see the reason to justify restoring a brush that would only take a few dollars to replace.

Others would stick with their very aged, not really working brush because they wanted to save money, or were concerned about all the waste from their discarded brushes over time. These people have been excited to get life back in to their old brushes.

Others were discarding their brushes the moment they got a little frayed because they wanted their brushes in top working order to have the best possible brushing experience. These people could really see the benefit in restoring their old brushes too.

Click through to our store to get your brush bands 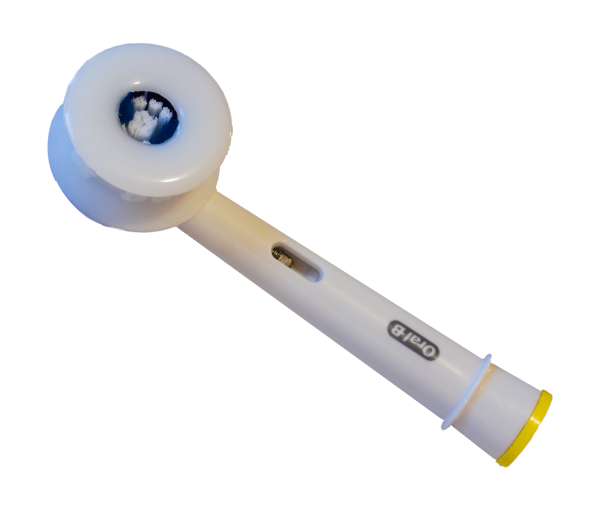 Brush band Demonstration How to restore a toothbrush

In this video we show how a Brush Band can restore an old toothbrush to almost new in 90 seconds.

How do I get a brush band and help save the environment and money?

Buy a brush band that suits your brush, or buy the adult set ( round, oval, rectangle and diamond ) to make sure you are covered. Follow our instructions < link to How do Brush Bands work? > and you are good to go.

What’s the goal of extra brush life?
Who are we?

Starting out with a Dad tired of replacing his kids toothbrushes, we’ve grown  in to a family company based in Melbourne Australia.

We are a small company with big dreams we will strive:

To support people worldwide who want to reduce waste and extend the usefulness of their brushes.

To see a global reduction in plastic waste from brushes.

To provide brush solutions in areas of low economic advantage to improve dental health due to better access to more effective toothbrushes.

To make enough money to support the above points and a bit extra too.

How are we going to achieve the above?

Currently the bands are manufactured in the inventors (Glenn’s) home. This is a bit messy, and won’t scale up very far before the house is covered in bands and the cat learns to mix silicone rubber.

However, we are still perfecting the bands. There are a lot of toothbrushes out there, and we want to get the right combination of bands to suit the biggest number of brush types. So home manufacture with agile correction through adapting 3D printed moulds. This should be fine until we get passed about 100 bands a day. Then it’s off to find somewhere, preferably locally, to make our bands at a reasonable cost.

We will match centralised manufacturing with some local manufacturing too. We plan to license the moulds and the e-commerce store to allow people around the world to create their own bands to sell through the site, or in their community. We haven’t figured out how to do this yet. 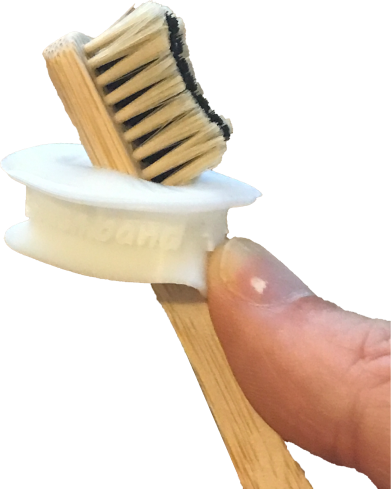 Is this a new idea?

Well, to do this properly, we did some hard research and put together a patent application. No: 77777.

We have found plenty of previous patent attempts over the last few decades to create mechanisms and devices that would have some success in restoring brushes, but they looked hard to make, hard to clean, or hard to use. Either way, we never saw them in the supermarket so they didn’t take off we guess.

It stretches over the bristles so there’s less chance of grabbing a bristle and bending it the wrong way by accident. It’s just silicone rubber, so it’s non toxic, heat safe, and really easy and cheap to make and keep clean.

The inside of the band is shaped in a way to provide maximum useful correction of the tips of bristles that typically have the worst flailing and then lead to the whole bristle to flail. 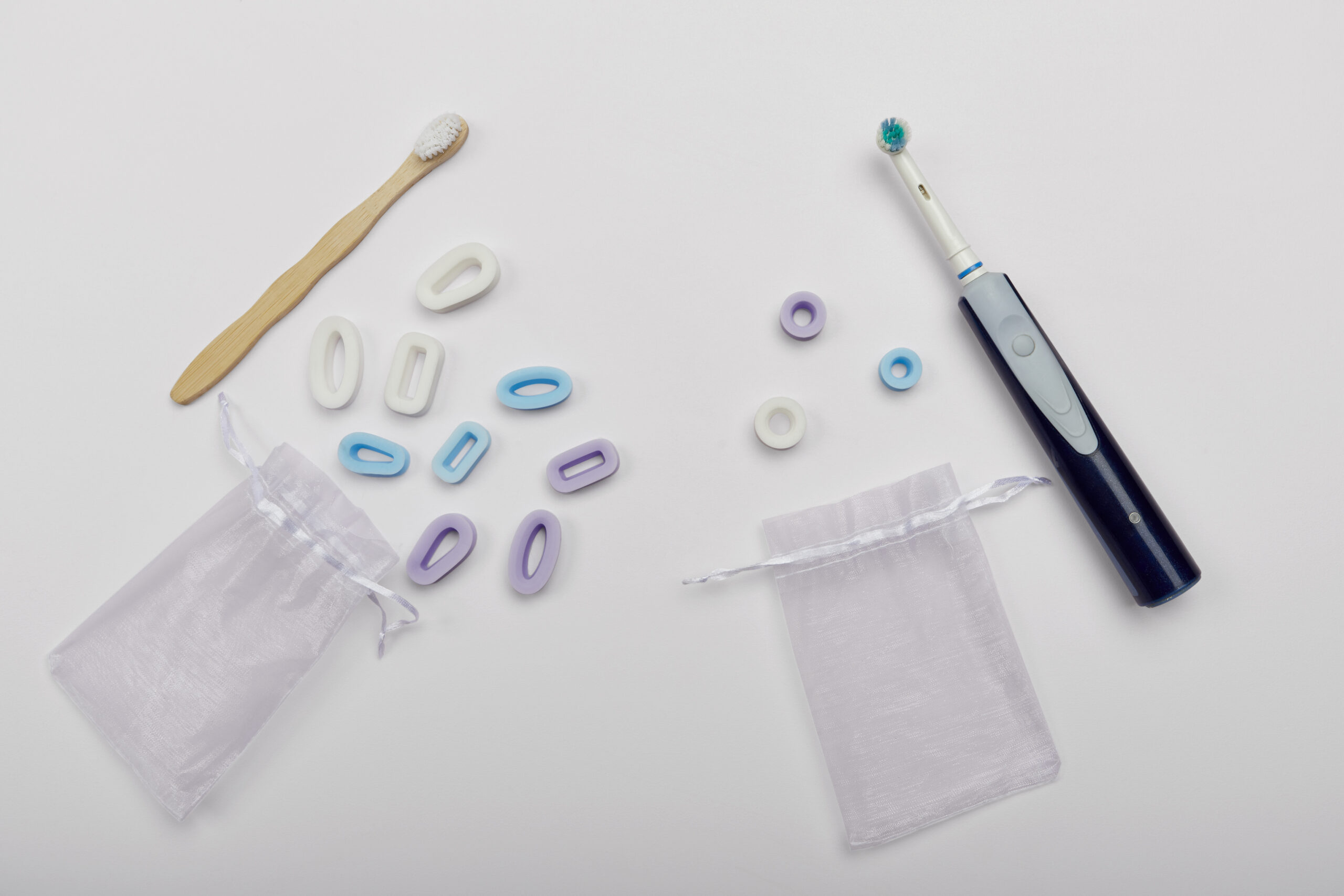 What about paint brushes?

We’ve tried some custom bands with some success, and are working on a range of solutions for painters and artist brushes too. We will try to get to that next.

Shopping cart
close
Start typing to see posts you are looking for.